Photo exposition of the soldiers of the emperor

When the French withdrew from our country at the end of 1813, a French garrison in Naarden continued to resist stubbornly. It took a siege of six months by the Dutch army to relieve the fortress. In casemate Z you imagine yourself back in 1814; the cannons are set up in the cannon cellars and from 15 photo portraits you are stared at by the veterans of Napoleon. 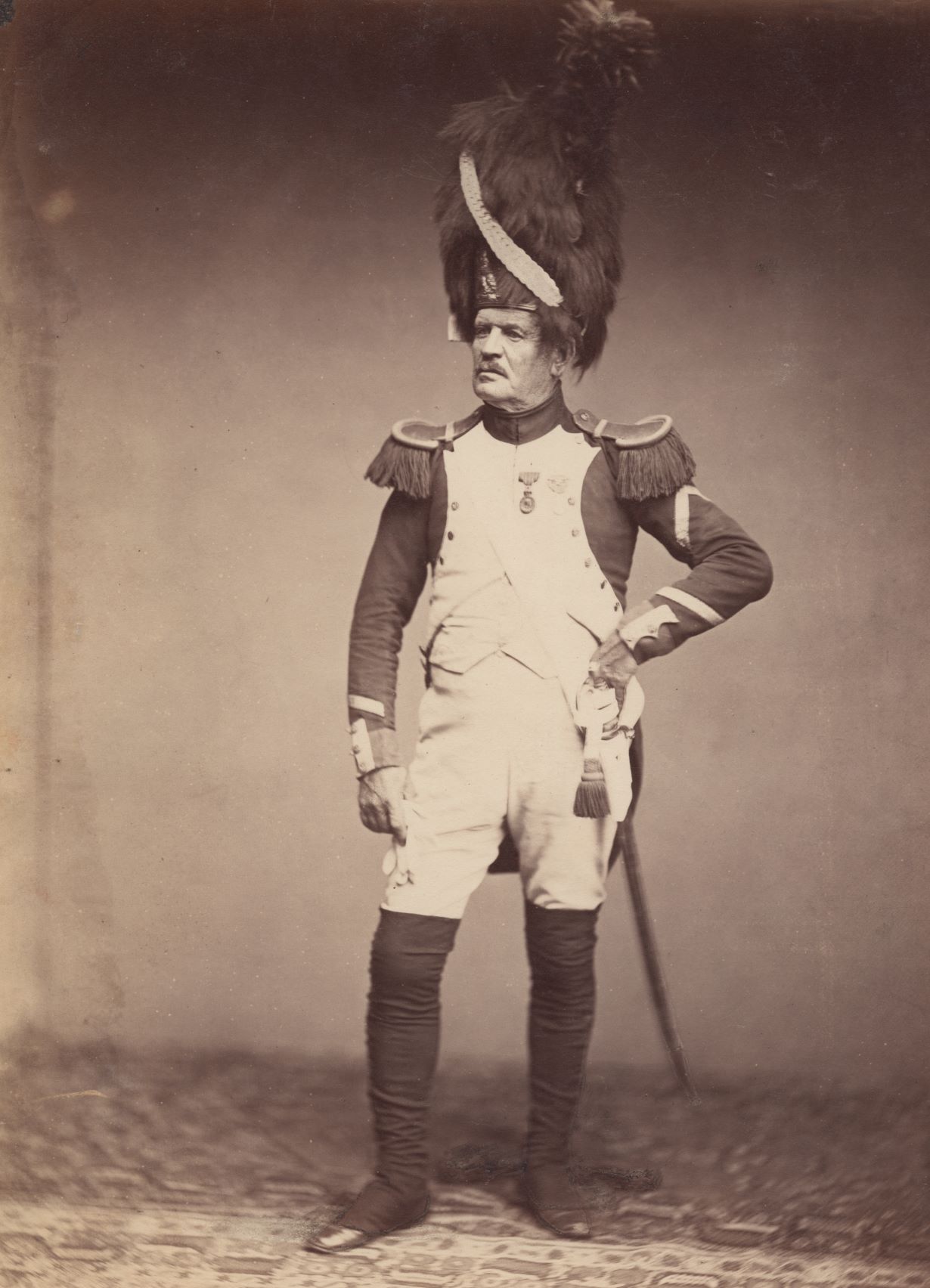 Photos and soldiers of Napoleon are a strange combination. After all, photography was not invented until 1825, more than ten years after the last battle of Napoleon’s Grande Armée. However, even after the Emperor’s death, his soldiers remained loyal to him. On the anniversary of Napoleon’s death, war veterans traveled to Paris every year to commemorate their leader on Place du Vendôme. On one of these occasions, probably in 1858, these pictures were taken. They show veterans of all the Napoleonic Wars, most of whom are now very elderly. They all wear their original uniform and the Saint Helena medal, which was introduced in 1857 by Emperor Napoleon III, the son of King Louis of Holland and the nephew of Napoleon I. The photos are in the collection of the Brown University Library, Providence (USA).